New York has had a drastic increase in gun violence since the start of 2021. This has caused Mayor de Blasio to see this as a health crisis. It has been proven that within 6 months, shootings are up 38%. Also, illegal guns have been coming from pipelines and there is gun trafficking.

There should definitely be more strict rules on guns, legal and illegal, coming into NY, including marketing and selling them, because innocent people are dying.

Shootings are up 38% in the last 6 months. In the past 6 months, there has been an increase in gun violence, and for the summer, this could potentially go higher if we don’t take action. This has been caused by people buying and getting guns for criminal purposes. Hundreds of gun possession cases are in limbo and not getting guns off the street is a problem.

People are dying. For example, the source mentions how 39 shootings resulted in 51 victims, leaving 6 dead. The more people have guns in NY, the greater the risk of people doing dangerous things with those weapons, causing someone to get shot. Strict rules will get these guns off the street and possibly decrease the number of shootings happening.

Strict Rules Need To Be Set

Strict rules need to be set. It has been proven to decrease problems of all kinds of criminal activity. For example, a 2018 study showed that 7 of the 10 states with the strictest gun laws have the lowest rates of people dying by a gun (California, New Jersey, Connecticut, Hawaii, Maryland, Massachusetts, and New York). Strict rules would be great because it could make gun control measures more enforced for our safety. Examples of strict rules that can be taken into action are targeting hot spots where gun violence is coming from, keeping guns out of the hands of dangerous people or those with a bad criminal record, and holding the gun industry accountable for not doing a background check even if they are unlicensed. Another thing is enforcing areas where illegal guns are being sold or being transported into the state.

Now on to selling. Unlicensed sellers are not trying their hardest to see if a person wants a gun for criminal purposes if they have a warrant. For example, in federal law, there are no background checks for guns sold by unlicensed sellers while people with a license need one. This allows people with a criminal history to buy guns. Strict rules can probably have a big impact because it may lower the number of people using the guns they bought for criminal activities. Gun manufacturers could be held accountable soon.

Guns are being illegally transported into NY. This has always been a problem. Pipelines are being used to escort guns, and we need to stop guns not registered in NY from getting to us. Once again, this can lower the chances of people using guns for criminal activities and causing shootouts to happen. This concludes why there should be strict rules because if guns being transported is not enforced, more crime can happen and people will think they can get away with this.

My name is Kadeem Campbell. I am a 17-year-old that's heading to the 11th grade. I spend my free time playing games or learning new skills for my career path in the future. I am a great helper because I know what it is like to be stuck on something or struggle. I go to a writing school and I have been in 2 published books so far. 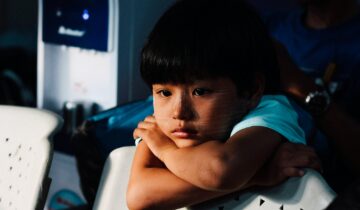