Weed was recently legalized on March 31, 2021 in the state of New York. As long as people are being safe with how much they consume, and where they consume it, then weed being legalized doesn’t bother me. Some believe marijuana shouldn’t be legalized, whilst I am fine with weed being legalized in NYC because that means less of the minority populations are in jail for the possession of marijuana, marijuana has its benefits, and legalizing marijuana will boost the economy.

Weed is the dried leaves and flowers of a cannabis plant; it contains THC (tetrahydrocannabinol) and CBD (cannabidiol/cannabinoid). It is used to relieve chronic pain, deal with pain linked to arthritis, help treat depression, help ADHD/ADD, and alleviate anxiety. It’s used to help prevent/regulate diabetes, and people with multiple sclerosis also use it for relief. Marijuana affects the brain by increasing “the level of ‘neural noise’, or random neural activity in the brain.” The random neural activity could explain the hallucinations some get from marijuana. The effects of marijuana are not the same for everybody.

Most people who consume weed use it for health reasons. So if weed becomes more accessible to them, they won’t have to wait for prescriptions or pay hundreds to get the weed that they need. Most forms of insurance do not cover the medicinal varieties of weed. In order for people to be on top of their health, they need to spend their own pocket money to get what they need. The illnesses that could be treated with weed include cancer, epilepsy, Alzheimer’s, arthritis, PTSD, ADHD, obesity, acne, insomnia, autism, depression, anxiety, addiction, HIV, and diabetes. By legalizing weed, we would be helping people who have any of these illnesses, and even some illnesses not mentioned. It would stop them from worrying about not being able to be treated because they don’t have any money. Marijuana would be more accessible to them and they could live better lives without being in pain or under stress.

It Helps The Economy

The U.S. has been in debt for too long and the economy has been struggling. Legalizing weed and regulating it would actually help the economy tremendously. “The government spends $29 billion annually on drug prohibition alone” and this money could be going to other things like “schools, medical research, addiction centers, and other projects“, which could benefit us and future generations. Legalizing marijuana also decreases unemployment rates by creating jobs “such as budtenders, bud trimmers, cultivators, cannabis consultants, advocates, and so on.” That would be great since COVID has led unemployment rates to increase. “CBD sales are expected to reach $1.8 billion” and that money could be used to get us out of the supposed debt we’ve always been in. More money doesn’t hurt anybody.

The Feds Can’t Criminalize The Minorities

People of color have always been targeted, and weed has historically been one of the things used to put them in jail. Black Americans are especially targeted though because they “make up nearly 30 percent of all drug-related arrests, despite accounting for only 12.5 percent of all substance users.” People of color are more likely to be arrested than white people for the same amount of marijuana. If weed is legalized and regulated, then the lives of P.O.C. won’t be ruined by the racism that is embedded in the system. The system is charging P.O.C. “the same amount of time (58.7 months) as a white defendant would for a violent crime (61.7 months)”, which is not right at all. These drug offenses “make it difficult to secure and maintain employment, housing, or secure government assistance for the rest of your life.” By legalizing and regulating marijuana, the amount of P.O.C. in jail for drug offenses will decrease and they won’t have to worry about their lives being ruined. Racist cops won’t be able to plant weed on innocent P.O.C either just to put them in jail.

People disagree with the legalization of weed because it increases endangerment of public safety because “if a person is driving whilst under the influence, they may be more prone to having a collision and potentially harming a pedestrian or fellow road user.” Marijuana can also “affect the development of the brain if smoked at a young age”, which worries people about future generations. They also worry because “no amount of regulation could ensure the ‘responsible’ or ‘safe’ use of this low to a high-level hallucinogen”, but that’s why there is an age of majority where it’s legal to have and consume weed. As I stated before, the effects of weed are different in every consumer. Also, the criminalization of weed connects back to the alcohol prohibition in the 1920s where people started making their own alcohol called bathtub gin, which ended up killing thousands of people who consumed said alcohol. Prohibiting weed can make it more dangerous for people who buy or consume weed, because they will be forced to buy from people who probably have unsafe weed, weed that could possibly kill them if consumed.

In conclusion, weed should be legalized, but to make people who disagree feel safer, cops and marijuana distributors should be on top of age restrictions with the consumption of weed. People who sell weed or products that contain weed should only sell to people 21 and older. The only way they could sell to someone under 21 is if the buyer needs it for medical purposes. Also, if someone under the influence plans on traveling somewhere, they should have someone who isn’t under the influence travel with them to ensure their safety and the safety of others, like a designated driver. With these precautions, weed could be legalized in a safe way. 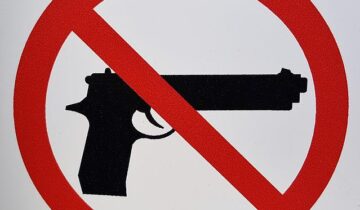