Most of us have had 1 in our lives at some point. Between someone’s furry friend growing up, a pet they kept as a hobby or maybe a friend to care for, pets have all touched our lives in many different ways, and we care for them as if they were our family. This is why whenever I think about the rough conditions and climates at animal shelters, I grow sick to my stomach. It’s truly unjust that these creatures who can’t defend or speak up for themselves are subjected to cold cages that act like prisons, terrible food and diet which can have negative effects on their health, all the while being closer and closer to the top of a kill list simply because the shelter doesn’t have the capacity to hold more animals. Even if we move away from the idea of kill shelters, other shelters aren’t that peachy either. Pets are neglected and emotionally scarred from their experiences in poorly managed shelters which is why despite the city’s efforts to support animal shelters, the problems facing these shelters, such as a lack of staffing, mismanagement and influx of sheltered animals are far too large to ignore and require immediate attention.

It doesn’t take an expert to understand problems that animal shelters could face; some of these are general issues that lots of workplaces can struggle with. Best Friends Animal Society conducted a survey of more than 150 shelters and organizations, they found that “88% were short on staffing”, “57% have cut hours on programs due to short staffing”, “41% are operating at 25% of normal staffing levels” and “62% are operating more than 10% below normal staffing levels”. The problem here is that the impact of these issues are much more important because they not only affect people but also the animals living in these shelters who are only alive because of the people who treat and see them everyday. That’s why the lack of staffing is such a concern, because it’s the employees and volunteers who care for the animals on a daily basis. The current employees and volunteers who do work at some shelters recognize how poor the conditions are that they try to raise awareness or end up quitting because change isn’t being made.

Another concern is the mismanagement of animal shelters. While there are good shelters out there which actually care about the animals, there are other shelters that do quite the opposite. In the case of a shelter located in the Midtown East area of Manhattan called the Humane Society of NY, animals were held prisoner during the pandemic. Animals unfortunately placed in this shelter were left to languish in this shelter for about 15 months while the executive director closed the building to the public to protect her staff. During this time, there was no visitation allowed by potential adopters, no response to adoption applications, and no adoption promotion on social media. They only listed a fraction of the sheltered animals, and even with the building being shut down to the public, the director wouldn’t send animals to foster homes because the kennels are being described as “apartments” even though they’re rarely cleaned and extremely small. It’s absolutely disgusting the amount of issues with this shelter and this isn’t some isolated incident, some of these issues apply to other shelters as well. All the jobs a shelter is meant to service, such as keeping the animals in a clean environment, making them look appealing for adoption, and taking care of them weren’t being fulfilled.

How COVID has affected shelters

All these problems with shelters existed before covid but were exacerbated during the pandemic, and the pets felt the most impact. At the beginning of this year (January 6th) there were an estimated 544 cats and dogs at the Animal Cares Center’ Staten Island, this is a 54% increase compared to one year ago which had about 353 at the time. Due to the pandemic, this ACC (Animal Care Center) has had to accommodate twice as many cats and dogs than it did the year prior. That’s ridiculous not only for the animals but the employees as well. It’s also taking longer for pets that would normally get adopted within weeks to even get adopted at all. Covid has made the already existing staffing problem worse by causing shelters to have about a 30% reduction in workforce. One adopter named Hite-Witt says “If I could take them all, I would”, overall it’s unfortunate to see more pets come in and fewer leave.

The Best Friends Animal Society in Kanab, Utah warned about a national animal shelter crisis saying that about 100,000 more dogs and cats are in shelters because of the pandemic. According to Julie Castle, CEO she says that “The Omicron surge has dramatically increased the strain on shelters by creating staffing shortages that limit shelter hours, decrease in-person volunteers, and reduce adoption events and pet care support”. Reports are coming on from other shelters about how few workers they have due to covid leaving only one or two workers to care for the animals.

NYC runs an organization called the ACC (Animal Care Center), whose board members are appointed by the mayor and they partner with local stores and shelters to provide support and care for the city’s abandoned pets. The city also supports other shelters by contracting them to provide the service of a shelter by taking care of the animals and trying to push them back into loving homes.This is where the problem arises. On paper it sounds like an amazing idea; the city is working with local shelters to provide temporary asylum for these lost pets. But the quality of these shelters is the issue. Many of the animals placed in said shelters are severely mistreated, which is unfair by itself, but this mistreatment also causes long term emotional problems with the animals. But it’s not all bad. The actual ACC shelters do a fantastic job; the pets quality of life in the shelters is good, they spread the word about the adoptable pets through social media, vaccinate thousands of pets each month and they actually get pets adopted.

What can be done more to help?

A previous NYC mayoral candidate, Curtis Sliwa, who lost to Eric Adams in 2021, believes more can be done to help the animals in our city, especially the ones located in shelters. For starters, previous Governor of New York Andrew Cuomo vetoed a Trap-Neuter-Return bill which would result in a drastic drop of cats and dogs in shelters because as the animals “multiply” their offspring wind up in the system most often leading them to getting euthanized. Sliwa believes a no-kill shelter model should be put in place to, as the name suggests, fully prevent sheltered animals from being killed. He also wants to follow a “Cat Colony” model This includes locations where Cats without homes would be placed in outdoor shelters with other cats that are spayed/neutered. He brings up a program in Chicago called “Cats at Work” where businesses adopt cats, provide them with shelter, water and food while the cats provide a friendly form of rodent control.

How you can help

There are lots of ways to support shelters and the animals around the city. You can start by locating your nearest ACC shelter and donating items such as towels and blankets, rubber toys for dogs and cat toys, grooming tools, etc. You can find a full list of items the ACC accepts here. There are also many other ways to donate to the ACC, like making a one time gift donation online, joining the “New York’s Kindest Monthly Giving Program”, or hosting an online fundraiser. Fostering is always a way to help as well since it gives the pet a temporary home outside of a kennel but it can also adapt them to living with other pets and with people.

Shelters other than ACC or affiliated also accept donations and could use your support with volunteering or spreading the word about the pets and help they need. The best way you can help a shelter is simply by adopting. Go to a shelter and see what kinds of interesting pets they house and try to give one a new loving home. Not only are you opening up a space for a new animal to be housed till it can get adopted, you’re helping the pet you adopted and you’re also helping yourself since pets provide enormous health and emotional benefits.

Although there are numerous pets throughout the city that are being mistreated and are underrepresented/unheard, there are ways to help and people who haven’t forgotten or ignored them. There’s lots our city can change to help our furry little friends, but until that change happens it’s up to us to care for them by volunteering, donating, spreading awareness or adopting. So please go support your local animal shelter and make sure the animals are getting the care they deserve.

Hi my name's Dexter, I just graduated the NYC iSchool and am going to attend SUNY Oswego with a major in Communications. Not a huge writer but there are some issues important enough to write for. 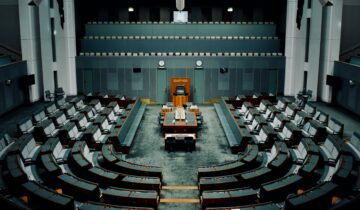