Pollution has always played a harmful part throughout New York. The overuse of energy, cars, powerplants, etc. is causing problems to the air quality. The pollution in New York is hurting more and more people yearly and as pollution goes on more and more, more people will be affected. Pollution has been proven to cause many problems in our environment and our well-being. For example, it can harm our plants, make water quality in rivers worsen, give us illnesses, and also give respiratory diseases.

New York has a pollution problem that can be seen as hazardous as time moves forward. Even though people don’t think of it as a big deal, it can affect thousands of people and New York should have stricter air quality rules.

New York’s main pollutant is currently particulate matter 2.5 (PM2.5), which means the pollution comes from cars, powerplants, wood-burning, and forest fires. This type of pollutant is linked with people having respiratory problems, cardiovascular illnesses and even facing death. In a health department study in NY, PM2.5 pollution is responsible for 2000 hospitalizations each year. Coming from a U.S. Environmental Protection Agency and multiple air quality regulatory agencies, studies show reducing the current level of PM2.5 can change the rate of health consequences (Page 15). If the level decreases, there will probably be cleaner air for everyone. The rate per 100k people being affected by PM2.5 would go from 65 to 7. Strict air quality rules can reduce the bad air affecting people and prevent pollution from spreading more.

People Are Not Mindful About It

A lot of people in this world don’t see pollution or the environment as a big deal. They simply think it won’t affect them in any way or they rely on technology to change things. For instance, people think technology will solve world problems and we have nothing to worry about. However, technological utopianism is just a belief and has no evidence due to how advanced technology has actually been causing environmental problems more often than fixing them. People are in a state of mind where times are modern for them and they don’t seem to take the environment seriously, but it can cause future problems. Although technology is advanced, it’s not the important thing that will solve all our problems. Yes, it can be good in some cases, but it won’t fully solve the world’s problems, and the pollution in our air doesn’t seem to be decreasing.

Pollution can be very harmful as well. If we are exposed to pollution in the short term, we can see that it can affect our respiratory system and can give us problems. For example, it can cause reduced lung function and people who have asthma will likely have worse problems. If we are exposed to it in the long term, it may lead us to chronic obstructive pulmonary disease or for short, COPD. COPD consists of multiple diseases such as emphysema, chronic bronchitis, and more. That can cause problems with breathing if we don’t take a step forward in strict rules. We are harming our people with our creation and the government needs to set some rules for us to have a more clean environment.

Can Affect Thousands Of People

Thousands of people are being affected each year in New York by pollution. As pollution increases, so do the numbers of people, with about 8k being hospitalized each year. People may see these numbers and think it’s not bad but don’t realize this is a long-term problem and people having problems will increase. More dangerous air pollution means increased heart attacks, increased respiratory problems or effects of it, and other complications. Strict air rules reducing air pollution will guarantee people fresh air without complications no matter the age group or condition they are in. We need to have precautions that make sure pollution can decrease and we don’t have harmful air.

Strict rules that we can take into effect to reduce pollution are having people use clean coal, Reducing the usage of fossil fuels, and having more people reduce the use of energy. Coal has been found to produce a high level of carbon emissions. Coal also produces 80% of powerplant emissions. Getting companies to use clean coal is a good idea because it comes with a good source of power, reduced emissions, it’s inexpensive, etc. We should reduce fossil fuels because it produces carbon pollution, which can be bad for all of us. As for energy, we can have companies reduce their unnecessary use of energy because it’s increasing the rate of pollution and emissions into the air. Continuing these strict steps would help the environment of New York and all around the world.

My name is Kadeem Campbell. I am a 17-year-old that's heading to the 11th grade. I spend my free time playing games or learning new skills for my career path in the future. I am a great helper because I know what it is like to be stuck on something or struggle. I go to a writing school and I have been in 2 published books so far. 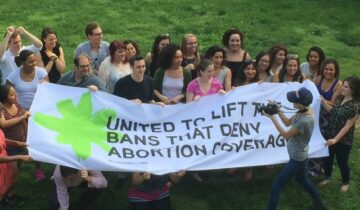