Today, with greater division, our communities fail to bring themselves up. Our unjust food system declines healthy food choices for poor families, especially with their low income. The amount they have fails to be enough for their basic needs. The unhealthy lifestyles that these communities face created the biggest division in society, where racism and gentrification play their roles. These harmful options form what we know today as food swamps and eventually an affected society. Consequences form as health issues in our society and further struggle for these families after the impact of COVID-19.

What are food swamps?

New York faces extremely high rates of disadvantage within its food options. Unhealthy food swarms New Yorkers, blocking chances for healthy options in the poorest communities. This results in food swamps, which are areas with a prosperity of fast food chains or junk food, but a dearth of healthy food. There is a very prominent division in NYC, in which the boroughs have a disparity in wealth. For example, Manhattan is home to the most affluent communities in NYC, as well as some of the poorest. Therefore, there are impoverished communities suffering from this food crisis. We can locate a place that suffers from food swamps when there is an excessive number of fast food chains and not nutritious food. Although unhealthy food chains are seen in every corner of these low income communities, there seems to be an exception of beneficial organic food in the high ranking communities only.

Gentrification takes part in this

The lack of food varieties for lower income families roots its issue in gentrification. Gentrification seeks to implement wealthier businesses, but it just destroys the lifestyle of those who are already established there. Due to gentrification’s objective of “improvement”, new businesses begin to organize themselves in the once low income communities and inflate prices. Consequently, these families are then forced to suffer with extreme, overpriced foods that are distinctly for the wealthier. They are unable to afford to stay in their communities or buy anything. While one may think that organic food is accessible for all, it actually is expensive due to its labor and all natural state. The low income families don’t have sufficient resources to afford it. With no other alternatives, their lifestyles are even more affected, in which they consume more GMOs and unhealthy foods because of their specific availability for them only.

In order to find the meaning of racism inside our food system, we have to understand the inequality present in these minority communities. Privilege lies within the food that is served for those families that don’t struggle economically. Meanwhile, these low-income families, often part of the black and Hispanic community, are forced to rely on what is the most affordable for them. Thus, they have to fill their hunger with the cheapest and easiest to find food places: fast food. As stated in this article, the USDA was able to confirm that 74% of the consumption of fresh produce was by white people while only 4% was from the African American community and 6% Hispanics. This came to be during the period of segregation, in which the safest areas were considered where the predominantly white folks belonged. As a result, most investments went into these areas, leaving predominantly black neighborhoods dry. Moreover, most grocery stores, restaurants and businesses today are located in secure and private places, away from low-income communities.

The given opportunity to afford what is known as “organic food” is a wealth for certain groups. On the other hand, the disadvantaged community faces the unwanted malnourishment. Since these families live in communities that can only provide processed foods in the grocery stores and fast food business chains, they do not have access to healthy food. We can see these food deserts in cities such as the Bronx and Brooklyn. These boroughs have cities that contain almost no fresh nor nutritious food. I’ve been working in Brooklyn for a month now and pass by Crown Heights and Prospect Heights daily. I see McDonald’s located almost every 4 blocks and no fresh supermarkets but instead delis that have had their meats there for months or even years. Fast food chains have countless preservatives to make food seem fresh to the consumer. For example, the chemicals they use are to maintain a burger for it to not rot.

Obesity is a consequence

Today, the American society faces its peak of obesity. The US is deep in its unhealthy food options and although some people have the opportunity to afford vegan food, certain groups can’t change their lifestyle due to poverty. Supermarkets almost exclusively sell packaged food like meat and vegetables. The main reason fatty foods are sold there is because they are well preserved and take a long time to rot. We can come to the conclusion that obesity mostly occurs within these communities due to how the only meals they can afford are unhealthy ones. They can’t find better alternatives for foods, so they have more health issues in the future. They want to change lifestyles to be healthier, but it is difficult with such high prices, which is why “the good food movement” is really only dominated by white people.

Take action for our people

We lack food justice in NYC, and the logical and distinct inequality in our communities seems impossible to abolish. As someone that lives swarmed with Burger Kings, McDonald’s and Wendy’s, I know that we should act and be part of the change by not depending on these wealthy supermarkets but fresh farm markets instead. We may feel suspicious of these markets, but according to the Northeast Organic Farming Association (NOFA), they are cheaper than supermarkets. Many struggling families rely on food programs and they can trust to be given the safest and freshest food. With the boom of COVID, these families were stuck in a deeper hole. Low family income caused them to buy the most accessible but dangerous food. Since safety measures were required, food pantries were forced to come to an end. It’s in our hands to change these unhealthy and unjust food systems.

My name is Solange, I'm 16 years old and a rising senior. I moved to the U.S back in August from Ecuador. 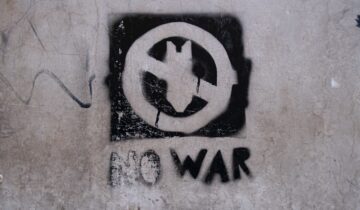