While some people want Cuomo to stay in office despite everything going on, being accused of sexual harassment is a serious matter, especially if you are a big figure in the eyes of society; it tarnishes your image and makes people have little trust in you, which is why Cuomo should resign.

Recently Governor Cuomo has been accused of sexual harassment by 11 women. The first accusation that helped many other women come out and speak on their situation with Cuomo was from Lindsey Boylan. After Lindsey spoke out publicly about the sexual harassment, Cuomo had an unusual reaction which proved that Lindsey wasn’t lying. The Governor and his top aide decided that “collecting a box of personnel files filled with sensitive information that they thought would undermine her credibility” would help his case. In reality, however, it only showed how true the accusation was. His actions also proved that the accusations to come after Lindsey’s were true because, as Boylan’s lawyer put it, “He needed to send a message to every other survivor out there that this is what happens when you go against the machine of the governor’s office.” If he needs to send a message to other survivors, then it clearly shows his record isn’t too good.

Sexual harassment is a very serious matter that can damage a person’s mental health and make them feel “intimidated or uncomfortable“, which leads to them not being able to “perform his or her job well.” This can also lead to their physical and mental health being affected. When people get sexually harassed, they may experience a constant feeling of “self-doubt turned into self-blame” because they feel responsible for what happened to them. Speaking out about sexual harassment is difficult because victims often blame themselves and don’t want to feel embarrassed when they do speak about it. The fear of how people might react to them speaking about it stops them from doing so. In reality, however, it’s not their fault because they didn’t do anything to provoke anybody to touch them non-consensually. That constant self-blame has “a negative effect on mental health, including promoting feelings of depression.” Being sexually harassed can also lead the victims to have PTSD, “which includes re-experiencing the trauma, and avoiding people or things that may remind the victim of the harassment.” Sexual harassment can also elevate the victims’ blood pressure and “trigger the same type of physiological reactions as stress, which is thought to raise the risk of cardiovascular disease.”

It doesn’t matter how long you’ve been around somebody; you still shouldn’t touch them without permission. Consent is everything. Whether it’s you touching someone’s hand or giving them a hug, you should always ask before you invade their personal space. If they say no, you have to respect that and not touch them. Cuomo decided that consent wasn’t a thing and he sexually harassed the women that worked with him. If he asked for consent, then these accusations would’ve never been a thing. “[A] state trooper told [the interviewers] that while she and Mr. Cuomo shared an elevator, he ‘ran his finger from her neck down her spine and said, “Hey, you”’”; this is a clear violation of personal space. Cuomo didn’t ask for consent to touch her at all. “[In] a separate incident, ‘she was standing holding the door open for the governor. As he passed, he took his open hand and ran it across her stomach from her belly button to the hip where she keeps her gun’”; this was yet another violation of her personal space and him touching her without consent. She even stated that “she felt completely violated to have the governor touch her, as she put it, ‘between her chest and her privates.’”

Nobody really rushed to help Cuomo out in this situation because he’s not a nice guy at all. He doesn’t treat the people around him very well and he has “mistreated so many people that sexual harassment accusations seem like predictable transgressions.” Since he acts like such a jerk to everybody around him, it’s not surprising that he’s capable of sexually harassing women. He creates a toxic work environment and his team’s excuse for that is “that a pernicious work environment is just a feature of working in politics.” But that’s absolute bull because “plenty of government employees will attest that no boss or colleague has ever in a professional setting invited them to play strip poker on a work trip, groped them or asked whether they have ever had sex with older men.” He thinks that because he holds the position of governor, he can do as he pleases without anyone complaining or calling him out on his wrongs, but he is terribly mistaken.

Use Of Power And Fear

People who have a certain position in society often feel like they can do what they want because of the position they hold. They use their position to instill fear in others, so they could get what they want and do what they please without having to face the consequences. What they fail to realize, however, is that most people won’t just stand there and take their bull just because they hold a certain position. In this case, Cuomo is such a narcissist that he believes everyone should cater to him. Therefore, it’s not surprising to anyone around him that “his sense of entitlement would extend to Mr. Cuomo’s treatment of women.” Some may wonder why these women took so long to come out about Cuomo sexually harassing them but the reason they might’ve taken so long is that they were scared. He made sure that he instilled fear into the ones around him by “fostering a toxic workplace and a culture of retaliation where workers feared retribution for making minor mistakes, seeming disloyal or upsetting Mr. Cuomo.” The women feared retaliation from Cuomo, which is one of the reasons “they did not immediately report their sexual harassment.” His method of keeping them quiet was to scare them; he would inappropriately touch them or tell them something inappropriately, then tell them that it stays between them. To ensure it stayed between them, he “had reinforcements.”

To advocate for Cuomo’s removal as governor, we can spread the word about the issue by going on social media and sharing any new information that comes up. We could also speak on the issue as much as we can. We could also speak about how the way he defends himself shows that those accusations are more than likely true and he should be held accountable for his actions. Additionally, we can keep sharing videos of the women speaking about sexual harassment, how it has made them feel, and how they haven’t spoken about it because Cuomo used intimidation on them to ensure they were too scared to speak out on it. They were scared, too, because Cuomo is a very known political figure and they feared that nobody would believe them over him, and automatically take his side, or that he would easily weasel his way out of the accusations. Thankfully, the world believes them and is not taking the accusations lightly.

In conclusion, Cuomo should resign because his actions are totally unacceptable and nobody that’s named governor should behave like that. He should also be held accountable for his actions because his position in society doesn’t excuse him from facing the consequences of his actions. He used fear to try and keep these women quiet about the sexual harassment they experienced, but the use of fear only went so far for him. I’m glad these women spoke up and didn’t let him get away with such behavior. He should not stay Governor after all of this. 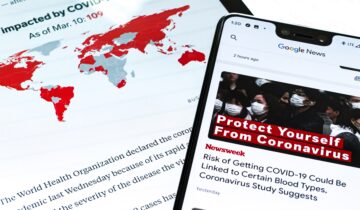