In recent months, many states have begun to pass laws banning the practice of abortion, a procedure where a human pregnancy is terminated. These abortion laws place restrictions on abortions, banning them according to a strict set of guidelines with no exception for extenuating circumstances. In America, abortion has become a very controversial topic, sparking many debates in both media and politics. People are divided on abortion because of its moral ambiguity since some people believe life begins at conception, whereas others believe it’s a woman’s choice to do what she wants with her body. Terms commonly associated with abortion are pro-choice, which supports a women’s agency to do what she wants with her body, including receiving an abortion, and pro-life, which argues that human life begins at conception, making it anti-abortion. The laws passed in these states banning abortions are meant to discourage the rates of abortions by criminalizing the act, pushing a pro-life agenda in these policies. In comparison, other states, such as New York, have not criminalized abortion and chosen to regulate it with laws such as Reproductive Health Act (RHA). The goal of these bans is to prevent abortions from occurring. These laws also directly challenge the precedent set by the Supreme Court in the case of Roe vs. Wade, which legalized abortion in the first trimester and affirmed access to legal abortion as a constitutional right. Although these laws attempt to lower the rate of abortions, they are ineffective because by criminalizing abortions, women will seek out dangerous alternatives and vulnerable demographics will be disproportionately penalized. Instead, it is better for abortions to be regulated and protected under the law so that women don’t seek out these illegal alternatives.

The Complexity Behind Abortion

The main reason abortion is such a challenging issue to settle on is because people are unable to conclusively agree on whether the developing fetus should be considered a living being. Many people feel that abortion is morally wrong and that terminating the pregnancy is killing an unborn child. These people tend to also advocate for the unborn child’s right to live and that this right should be protected under the law. This is typically the view held by the pro-life. On the other hand, those who are pro-choice disagree, saying that abortion isn’t a moral issue and is instead about bodily autonomy. What matters more is the women’s decision to do what she wants with her body and her agency. Some also argue that abortion has practical merits for cases where a fetus is not viable, poses medical concerns for the bearer, or is the product of rape or incest. Not only that, but religion often plays a role in this discussion since pro-life members base their designation on their religious belief that terminating a pregnancy goes against God’s plan and all life is sacred. Another factor would be outdated gender ideals towards women since there is a widespread belief that women are meant to become pregnant and have children. Abortion is a complex issue since it touches on so many different aspects of a person’s identity, making it difficult to conclusively decide which side is right or wrong.

The controversy surrounding abortions has led to the passing of new legislature banning the practice of abortions performed in clinics under certain conditions. These conditions, however, are often strict, unyielding, and realistically make it so almost no woman can access the resources necessary for abortions. For example, in Mississippi, a law has been passed that criminalizes abortions after 15 weeks of pregnancy and there are no exceptions in cases of rape or incest. Other laws, known as ‘heartbeat bills’, restrict abortions in Texas, banning abortions at six weeks when the fetal heartbeat can be detected and allows people to sue abortion providers. This law is especially egregious because most women do not know they are pregnant that early in the pregnancy, which means that by the time they do realize, abortion is no longer an option for them to pursue. Similarly in Arkansas, a ban was passed that prevented nearly all abortions except for those necessary to save the mother’s life, with no exceptions for rape or incest. Women seeking abortions despite these laws are faced with fines of up to $10,000 and jail time up to 10 years. In many of these states, multiple abortion clinics have been shut down and abortion providers are facing potential legal action.

The Real Impact of These Laws

However, all these laws accomplish is restricting access to and penalizing those seeking abortions, not discouraging the actual need for abortion. Instead, women seeking an abortion will find new and dangerous alternatives to terminate their pregnancy. The truth is that regardless of the law, women who want abortions will find a way to receive them, even if the alternative is illegal and harmful. Data has shown that abortion rates are the same in countries where abortion is legal and where it is illegal, so it is clear that the actual legal status of abortion doesn’t impact the rates it occurs at. Instead, what is more likely to happen is that women use abortifacient (abortion-inducing) drugs, such as mifepristone and misoprostol, to terminate a pregnancy. However, this use of abortion-inducing drugs is dangerous because it can result in heavy bleeding, blood clots, and infection. In worst cases, abortions taking place in unsafe conditions result in preventable death. In all honesty, women face greater health concerns, like preeclampsia and postpartum hemorrhage, carrying a full-term pregnancy than receiving a legal abortion. In fact, abortion access is tied to other pregnancy health services such as pre-natal and post-natal care, which means that restricting it results in higher mortality rates for infants and mothers. The reality is that denying legal access to abortion doesn’t stop abortions from occurring and in fact, leads to more medical concerns for all parties involved.

Not only do these laws fail to reduce abortions but they disproportionately affect low-income or minority women, who are more likely to seek out abortions. Like other services in America, abortion is much harder for women of color or low-come or other marginalized groups to receive. The implicit and explicit racism present in healthcare means that women of color are less likely to receive adequate resources needed for a full-term pregnancy and face higher rates of incidents during their pregnancy. It also means that women of color are less likely to be able to support any potential children they have since they don’t have the same access to financial, medical, and childcare resources that white women have. For these reasons, women of color have higher rates of abortions and as a result, these abortion laws are more likely to penalize women of color or low-income who aren’t able to realistically provide for children born from these pregnancies.

The Truth Regarding the Decision to Abort

For women in America, the decision to abort a pregnancy is not an easy one and is deeply personal. The narrative surrounding abortions that women choose to have abortions for shallow reasons is deeply cruel and callous. These women already face backlash from society—their communities, friends, and families—for considering abortion, and these types of legislatures put pressure on them to make an already difficult decision. Most women do not want to abort their children but do so because they lack the means to provide a better life. These women cannot afford a child or another child. Some have aspirations—higher education, a new career, financial stability, becoming a better mother—that a pregnancy would prevent them from achieving. Other times, they learn their child has a genetic defect or disability that would reduce their quality of life and cause them a lot of suffering. And in the worst cases, women seek abortions for rape or incest where the child is the product of their trauma, and they are unable to care for them properly because of it. Members of pro-life often have this assumption that women have ‘selfish’ reasons for terminating a pregnancy, but the truth is these women recognize the responsibility of bringing a child to life and choose what they believe is the best option.

A much more effective policy regarding abortions is regulating abortions under the law, so abortion and other reproductive health services are protected. It also means that women won’t have to seek out illegal alternatives for termination. In comparison to the restrictions in other states, New York has much laxer restrictions on abortions and more abortion clinics available to accommodate those needs. In fact, New York passed the Reproductive Health Act (RHA) in 2019, which legalized abortions and codified the protections set in Roe vs. Wade. The RHA stated that healthcare providers can perform abortions in the first 24 weeks of pregnancy if there is no fetal viability, the mother’s health is at risk, or it is necessary to protect a life. With this law in effect, women are able to receive legal abortions in a safe environment under clinical supervision, lowering the rates of illegal abortions. The rate of abortions in New York is greater than those of most other states, but the percent decrease for New York is similar to states with abortion restrictions, demonstrating that these laws have no real effect on the rates of abortions. The national decline of abortion rates also shows that there is no correlation to abortion restriction, and instead points to the expansion of reproductive services as responsible for the decline in abortions. The effectiveness of New York’s abortion laws, when compared to abortion bans, shows that those restrictions are ineffective in lowering the rates of abortions and have no place in the legislature.

These legislatures need to be revised, so the practice of abortion is not banned but instead more strictly regulated to protect women seeking out abortions. It has already been established that legislation that restricts abortions does not work to reduce the number of abortions, so it is better to focus on making sure that the abortions that do occur are done in a safe and controlled environment. The reproductive rights of women, mainly their access to abortions, need to be protected so that their health isn’t compromised by risky pregnancies or dangerous alternatives to abortions. The restrictions placed on abortions by legislature are ineffective in reality and don’t accomplish the goal of lowering abortion rates, so it is better for abortions to be regulated under the law for the safety of women seeking abortions. 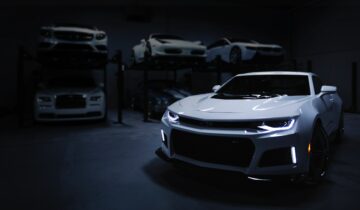