When people speak of women’s rights, they don’t think that trans women should be included. However, trans are women at the end of the day, so they should be included and protected because their genitals don’t define them or downplay their womanhood and they get discriminated against in the workplace and in society.

There are some feminist women who don’t accept trans women as women just because of their genitals or because they were born a certain sex. This makes them “gender critical feminists, or radical feminists. Most people know them as trans-exclusionary radical feminists, or TERFs.” These types of “feminists” are part of right wing organizations that make you question if they should really be considered feminists at all. Right wing organizations “are hostile to fair-pay-for-women laws. They oppose women working outside the home. They are all hostile to the Women’s March and Me Too. They are fake medical organizations and anti-LGBTQ and anti-choice hate groups.” They play into the misogynistic side of things, like beliefs that women have to be housewives and they should play the role that some men want them to play as women. They represent “the radical religious right.” So they don’t approve of the LGBTQ community and believe that women are only here to bear children and serve men, which is a disgusting way to look at gender roles in society.

Harder To Get A Job

Trans women face the same hardship in the workforce as women, but it’s much harder for trans women to get jobs. “‘I never had a problem getting a job interview when I presented as a male,’ said Mya Hicks, a 29-year-old from Guelph, Ont.”, but as soon as she started transitioning, everybody judged her and looked at her differently and decided to treat her differently. Even if transgender women try to get a job over the phone, it’s still hard for them because “their background records and references may use their birth name or incorrect pronouns, indirectly “outing” them.” By indirectly outing them, their chances of being employed are hurt because as many allies as there are, trans women aren’t accepted in society. If they do get jobs, then they get paid less than all the other employees just for the simple reason that they are trans. For example, the Trans PULSE survey found that “About half of transgender individuals earn $15,000 or less per year, even though 71 per cent have some level of post-secondary education.” Also, if trans women do get employed, they are treated as circus animals in the sense that people will unnecessarily harass them because they’re different. “‘I was asked about my genitals and if [transitioning] was something that I was doing because I wanted to be like my sister,’ Scarlett Jodha said.” She was harassed at the workplace and asked inappropriate questions when all she wanted was to be treated with the same respect as everyone else. This creates an uncomfortable environment for them. Not being paid well, mistreatment in the workplace, and it being difficult to find a job as a trans individual makes life even harder for them, which are reasons why they should be protected.

Women always have to be cautious when going out because there’s always a target on their backs, but trans women have to be even more careful because society doesn’t accept them. This is another reason why trans women should be protected. A 32-year-old trans woman was minding her business and going about her day until she was ambushed by a group of transphobic men. “She noticed a man walk up to her, and then she was suddenly surrounded. They yelled a derogatory slur, and she tried to walk away”, but despite her not wanting “any altercation”, they still brutally beat her and she ended up having to go to the hospital. Those men beat her just because she’s different, so everyone has to do more to protect the lives of these trans women because they could die just for simply going outside. Isn’t it scary how they could just be running errands and then suddenly get jumped for being themselves? It’s not only men that discriminate against trans women and get violent towards them; it’s also women. There was another incident where a woman and a man decided to commit an act of hate crime against a transgender woman in the subway. It’s almost like if trans women don’t hide that they’re trans that they risk transphobic people getting physically violent with them. For example, “[The] man asked her if she was a man and then slapped her in the face and spit on her. The woman then allegedly slapped the victim’s phone out of her hand.” This happened only because the victim was trans and the couple was clearly transphobic. Trans women have to live in fear every second of the day that they are outside. They also have to be cautious of when people compliment on the street because they might turn violent as soon as they realize that they’re trans. Islan Nettles was a trans woman who died after a man beat her “to death after he had started flirting with her.” He clearly thought she was beautiful until “his friends began mocking him for trying to pick up a transgender woman.” This got him angry because he didn’t want to be embarrassed and he took that anger out on Islan, who “died five days later of head injuries.”

My family member who goes by Bobon is a transgender woman and before her transition, people made fun of her and bullied her for being different. People would always call her derogatory slurs and she couldn’t do anything about it because nobody ever stood up for her and she didn’t want to provoke people into jumping on her and beating her. After her transition, things got worse, of course. She would step foot out of her house and as soon as she walks one block, there’s someone trying to ridicule her just because they know she’s trans. She went to a party with her friends and some guys tried to hit on her. She thought it would be respectful to let them know she’s trans because people are weird about that and by people, I mean transphobic people. As soon as she let them know, they started calling her ugly and getting aggressive, so she decided to go home because that ruined her night. The men followed her outside and jumped her and she ended up in the hospital. When she told me this, I got really angry because it’s honestly disgusting how people think that it’s okay to beat on people for being themselves. She’s battled with depression her whole life because there’s always some sort of negativity coming her way for being herself. She doesn’t even like to go out to run errands anymore, even if it’s to go to an appointment for her health. All she thinks about is having to deal with verbal and physical abuse if she steps out of her home. Transgender women shouldn’t live in fear; they should feel comfortable walking outside without the thought that they might get beat on. This is another reason why they should be protected.

Some people think that there are only two sexes, male and female, and this is one of the reasons they disapprove of trans people. They also believe that the genitalia you have identifies your gender, and a sex change or identifying as trans is a mental illness. But what they fail to realize is that gender is “a social construct.” Gender roles were put in place to indicate what “roles individuals play in society”; it doesn’t refer to physical/biological characteristics. Gender refers to social/psychological norms, roles, and expectations, which are determined by society. Because gender is conceptualized, it is not tied to biology. So, a person can be born as one sex and identify as another. As some people grow older, they realize that “their gender identity is at odds with the sex they were assigned at birth, which means they are trans”, and this causes them to have gender dysphoria. “Gender dysphoria is not a mental illness, and neither is being trans” but gender dysphoria can lead to mental illness if left untreated. If a transgender woman decides to get a sex change, that doesn’t make them any more of a woman than they already identified as; that was a choice they decided to make to feel more comfortable in their body. Also, it’s honestly nobody’s business or place to ask a trans person about their genitalia, as “No one can decide if a person is male or female based on an arbitrary list of what components their body does or does not possess.”

I believe that in the workplace, transgender people should be put in an environment where they feel accepted and where co-workers won’t harass them with uncomfortable questions. If anyone is verbally abusing them in said workplace, they should get fired because any type of abuse is unacceptable and unprofessional. If someone identifies as a woman, they should be included in women’s rights because their genitals don’t define who they are, and it shouldn’t be anybody’s business to know what genitals they have. I also think there should be workplaces that are trans friendly where there are mostly trans employees so they could have a niche in the workforce where they won’t be ridiculed,  judged, or harassed. There should also be precautions put in place where transphobic people would think twice about putting their hands on a transgender person, like a life sentence with no chance of parole. People barely ever see a transgender person on tv or an advertisement, so when they come across one, they stare and make them feel judged like they don’t belong. So there should also be representation of trans people in shows and in advertisements all around the world so they could become more of the “norm.”

In conclusion, trans women are women and should be treated with the utmost respect. They should also be protected at all costs because there are evil people out there that are out to get them just for being themselves proudly. Any and every hate crime towards them is unacceptable and there should be serious consequences for harming them just for living life how they see fit and how they feel comfortable. 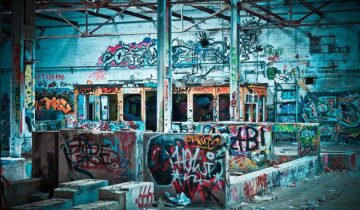