If Covid Vaccines Are Effective, Why Are People Still Against Taking It?

When COVID-19 was discovered in December 2019, there was a lockdown due to COVID-19 being contagious. There have been 2,138,250 new cases and counting in total reported in New York City. Since cases of COVID-19 are being reported every day, this is where the vaccine comes into play. Despite people claiming that vaccines are effective, they should not be mandated because vaccines are not 100% effective and aren’t easily available for all.

New York State has mandated companies, schools, restaurants, and small businesses to take the vaccine because it’s required to make people safe. A Forbes article stated, “New York City will require all of its municipal workers—including firefighters, police officers and teachers—to get vaccinated against Covid-19 or test weekly for the virus, … making the city the largest in the U.S. to impose a vaccination mandate as the highly transmissible Delta variant causes a new spike in Covid-19 cases.” Some people are against it due to religious beliefs and feel it’s an attack on their rights because it’s mandatory, so they have no choice but to take it. According to “Can I Refuse a Mandated Coronavirus Vaccine Because of My Religious Beliefs?“, “Employers can still mandate employee vaccinations, and there continues to be two exemptions: employees who object to the vaccine because of religious beliefs, and those who cannot take the vaccine because of a health issue. Some employees whose religious beliefs prevent them from taking a vaccine have sued their employers for religious discrimination under Title VII of the Civil Rights Act of 1964.” It’s illegal for an employer to fire an employee if they don’t want to take the vaccine due to their religion. A person with religious beliefs has the freedom to not take it, as it goes against everything they believe in.

Are People Being Forced to Take the Vaccine?

Those who are skeptical may not have a choice in taking the vaccine, especially people who are planning to go to college and staying on campus. SUNY and CUNY colleges are making it mandatory for all students to take it. A City & State New York article stated, “Gov. Andrew Cuomo recently announced that the governing boards at the City University of New York and State University of New York would require students to get vaccinated if they want to attend in-person classes this fall.” New York is stopping classes from continuing on campus unless the vaccine is taken because it’s required.

Three COVID vaccines have been introduced to the world, which are Pfizer, Moderna, and Johnson & Johnson. When people get the vaccine, it doesn’t immediately start working. A CDC article stated, “It’s possible a person could be infected just before or just after vaccination and still get sick. It typically takes about 2 weeks for the body to build protection after vaccination, so a person could get sick if the vaccine has not had enough time to provide protection.”. Vaccines like Pfizer-BioNTech or Moderna don’t fully kick in until the second dose is given. The vaccine’s protective effects are not immediate, which causes people to not trust the vaccine.

Not everyone can receive the vaccine because it isn’t widely available to all races/ethnicities, as not everyone is able to travel if the vaccination location is not in the area. According to Kaiser Family Foundation (KFF), “Compared to vaccinated adults, smaller shares of White adults are unvaccinated, with no significant differences for Black and Hispanic adults on whether they have received at least one-dose so far, despite Black and Hispanic adults lagging in vaccination rates compared to Whites. Around two-thirds (64%) of vaccinated adults are White, compared to 56% of unvaccinated adults. With difficulty accessing vaccine locations and services disproportionately impacting the non-White population, current outreach continues to strive to bridge the gap.” The vaccines that have been introduced have not reached everyone’s locations, which is an issue. Not only are some people not in physical reach of the vaccine, but people can struggle to access the vaccine if they have a low income or lack of health insurance. Article “KFF COVID-19 Vaccine Monitor: Profile Of The Unvaccinated” states, “The unvaccinated group also tends to include disproportionate shares of adults without health insurance coverage as well as those with lower levels of income. Those under the age of 65 without insurance make up about one quarter of the unvaccinated population, and 42% of all unvaccinated adults report earning less than $40K a year.” Different age groups and races/ethnicities in New York City aren’t eligible for the vaccine because of low income, or there isn’t a location nearby to take the vaccine. The lack of health insurance also really affects a person’s future because without health insurance, medical bills can’t be paid, leading to bankruptcy. The vaccine should not be mandated if it’s not available for everyone in New York.

Even though the vaccine isn’t 100% effective, there are people who want to take it, but there hasn’t been a change to make it accessible. President Biden has discussed making the vaccine accessible by the end of July. According to “CNN town hall with President Biden“, “‘By the end of July we’ll have over 600 million doses, enough to vaccinate every single American,’ Biden told CNN’s Anderson Cooper. Biden noted that there were only 50 million doses available when he assumed office. Biden said that he implemented the Defense Production Act to ‘get the manufacturing piece of it to get more equipment.'” President Biden wants effective vaccines, vaccines that can be easily accessed. People can’t travel far, so there needs to be a vaccine station placed nearby if they want the vaccine. There should be buses that safely carry the vaccine to neighborhoods and take people’s information just in case they want another dose. A vaccine station can be placed inside or outside a school where people can walk or take a bus to have access.

The three vaccines that were introduced only fully work when the second dose is given. A person can get sick with the vaccine not providing enough protection. The vaccines should not be mandated because they aren’t as easily available as they should be. Data that has been provided to the media proves that not all races/ethnicities have access to the vaccine due to traveling difficulties when the vaccine stations aren’t in the area. Having low income and no health insurance can also get in the way of trying to access the vaccine. There are solutions trying to make it available, but vaccines should not be mandated because not everyone has access or high income and health insurance to take it.

My name is Taylor Davis I'm 18 years old from Brooklyn,NY raised by my mother and have one older sister also a little step sister. 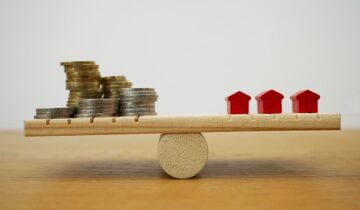