Those who live in New York City are sure to be familiar with its street art: the large, decorative murals found on the sides of shops, houses, schools and parks. If you aren’t really paying attention, these murals might just seem like a brightly colored addition to the otherwise drab concrete surroundings, but look closer and you will see that they cover complex topics from police brutality to environmentalism. Some may view street art as superficial and decorative, but in reality it plays a powerful role in our community, especially when it comes to social justice issues.

The History of Street Art in New York

Street art has been a part of the New York City Landscape for quite some time. It began in the 1960s in Philadelphia with graffiti and unsanctioned art works. It was pioneered by Daryll McCray, who went by the name Cornbread and would spray paint his moniker in public places. Street art grew out of the belief that art should be accessible and owned by the public, not trapped away in a museum or in someone’s home. Popular street artist Banksy has said, “Graffiti is the sight of an unregulated free market getting the kind of art it deserves.” It caught on like wildfire and spread to New York, where artists began spray painting and tagging their names on subway cars and street corners. Shortly after its emergence in the city, the New York City Government and the MTA began a crackdown on graffiti and created new tactics and laws to minimize it. As graffiti and street art was considered vandalism and therefore illegal, people began to associate it with being predominantly bad, a useless defacement of public property. After all, this graffiti didn’t serve any real purpose except for the entertainment of the people making it, right? Wrong. As the Urban Art movement progressed, there began a shift: as artists such as Jean-Michel Basquiat and Keith Harring began to use their public displays of art not just for self expression or as part of a trend, but to illustrate social injustices and to advocate for change. Street art often has larger themes at play that are a message for all of society.

Moving beyond the spray paintings of the past, Street art has evolved to encompass all forms of media, including stickers, posters, stencil drawings, video projections and light installations. While this art movement has changed and advanced, the core message behind it remains: to bring art and the messages behind it into the public eye. There are many organizations and artists that continue its practice, collaborating with local groups to create street art to celebrate community and bring to light the issues within it.

One of these organizations is Groundswell, an NYC based organization that was formed in 1996 and brings together young artists to paint. Since its beginning, they have transformed the city by painting 500 murals throughout all 5 boroughs, inspired by both the artist’s individual experiences and larger themes of social justice. “I felt successful every day just getting out of bed to do something creative. It’s not only a positive experience for us as artists, but as activists as well. The murals that we paint are not just pictures but stories that provoke thought to the local people passing by.”  Said Izaiah Herman, a youth muralist with Groundswell.

As someone who lives in a neighborhood with murals created by this organization, I understand  not only how beautiful but impactful these artworks are. On my way to school I passed the Groundswell mural Not One More Death, which was painted on 3rd Avenue in Gowanus by artists Christopher Cardinale and Nicole Schulman. The mural memorializes three children who were killed on 3rd Avenue. They are shown holding traffic safety signs, and a stop sign that reads: Not One More Death. Seeing this mural emotionally moved and educated me and many others about the deaths of these three young boys and the dangers within my own neighborhood. It also had a larger impact on the policies in place around street safety. Shortly after the mural was painted, DOT Senior Policy Advisor Jon Orcutt announced that traffic calming measures would be put into place on 3rd avenue and the avenues surrounding it. This was a huge accomplishment for both advocates for street safety and the surrounding neighborhood, and demonstrates the power that art can have on a community.

Another organization called Street Art for Mankind, (SAM) which is a nonprofit that works worldwide, whose goal is to raise social awareness through large scale murals, and who’s raised funding does to programs to help end child labor and trafficking has made an impact on New York.

SAM has partnered with the international Labour Organization to create 5 murals outside of the United Nations Headquarters in New York to highlight the push for peace and inclusion both within the city and on a global scale. Each of the 5 murals highlights a difference social justice issue: green jobs, youth employment, gender equality at work, child labor and forced labor and the future of work. To celebrate the completion of these murals, the nonprofit staged a supersized art show known as the art walk, where the public would be guided along the city blocks containing the murals to view them and hear from the artists that created them about the thought process and the meanings behind them.

These public displays of advocacy are not just confined to painted walls, but can be spread to other mediums, like print. Working on a smaller scale than Groundswell, Papergirl Brooklyn is a project that turns exterior spaces in the neighborhoods of Brooklyn into works of art in order to bring art to people in their daily lives.

Inspired by paperboys, pieces of art were pasted on surfaces like boarded up windows and walls to form large murals. Most of the art displayed in the posters consists of screen prints, collages and digital art. They were taken down and handed out to people on the street, who accepted the art happily. The project involved 80 artists from 10 different countries, and was founded by Brooklyn based artist Sina Basila Hickey. This project was an adaptation of the original papergirl, which was founded in Berlin. The project covers many issues such as gentrification, and has the same goal as original street art has had- to democratize art and make it available to all. Unlike simply having a permanent mural on the street, they took this goal a step further by breaking it down and giving individual pieces of their art to the people who pass it, fragments of a large artwork owned by many people, helping to not only inform and inspire but to connect Brooklyn residents and create a deeper sense of community.

In celebration of Juneenth last year, a foundation known as Art Bridges collaborated with 5 artists on a project called Not a Monolith, which was a series of 10 murals spread across the city that showcased “a multitude of Black identities that are more complex, nuanced and abundant than than media’s traditional representations.”Art played a significant role in the celebrations of Juneteenth, especially within the Juneteenth Jubilee: which was a free outdoor event in Downtown Brooklyn which featured bands and an artwalk, and these murals were closely tied to the event. “This traditional idea of art being experienced only in galleries and museums is a myopic approach. Particularly when you’re thinking about Black and Brown communities—you have to bring the conversation to them. And I don’t think the art world has always done a good job of that.”  Said the curator of the project, Ossei Mensah.  These murals have provided an exploration of identity and remembrance of Black History that is directly tied to the community. While the public event only lasted a day, these  paintings are permanent. They have given New Yorkers the ability to see themselves reflected in ways that both the art community and the media tend to exclude and misrepresent.

Looking to the Future

These organizations and the artists behind them are just some of the few that are engaged in public art activism today. As the relentless fight for social change continues, it is crucial that art be used within it. Art is universal, it is something that anyone and everyone can understand and can be impacted by no matter their age or what language they speak. It is a tool made to reflect truth, to inspire and unite people together, which is precisely why it’s needed within activism against social issues.

This is the most recent story.

My name is Ava O'Heir, I'm an 18 year old living in Brooklyn, NY and I'm set to attend college in the fall. I have always had a passion for writing, and I also love to paint, garden and play the drums. 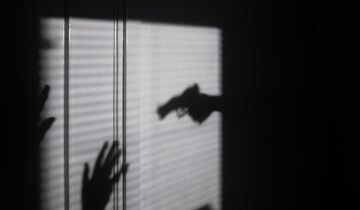